Today, one of the most important and difficult to solve problems in many countries of the world is undoubtedly the migration. The fact that transportation facilities are better than the old ones and the forced push factors such as continuing poverty, war, conflict in certain regions, and pull factors such as better living facilities in developed provinces, regions and countries, education, health and work, cause thousands of people to change places within countries or among countries every year. However, this mobility can lead to serious political, social, cultural, ethnic and religious problems especially in the geographies it reaches. Migrants are experiencing problems of harmonization with the people living in these places and immigrants are not accepted in the place where they move, if they are too many. Undoubtedly, it is significant that the influence of immigrants on food, housing, employment, social life and culture in the place that they emigrate. These effects have led to the need for governance of migration, which has caused countries to produce policy taking legal and institutional measures. The increase in the amount of migration in certain periods causes some countries to make new regulations in order to review these policies or measures.

Turkey is a country which is on the migration route, constantly is facing with immigration, and exposed to migration resulting from war and other conflicts occurring around the country in some periods. This migration causes some major problems in Turkey. Therefore, Turkey also produces policies to overcome the problems arising from migration, serves institutional legal arrangements. Turkey’s immigration policy is divided into three periods. The first period is the early period of nation-state building, covering the years 1923-1950. The second is how the nation-state building (and its protection) between 1950-1980 became ‘local’ and ‘national’. The last stage is the nation-state building (and its preservation) became ‘global’ since 1980. This distinction shows the similarities with the separation of Turkey’s economic, political, and social history.

In the first period, immigration policy was based on the rapid ethnic, religious and cultural homogeneity of the population with an understanding that served the nation-state building. For this purpose, along with Turkey’s establishment, instead of sending some minorities from the country, it was encouraged to be brought people from the Muslim and Turkish culture. In the following years, Turkey embraced more Turkish and Muslim community immigration, which has been institutionalized. Thus, policymakers tried to create resettlement policies that attempted to make a pure Turkish population; on the other side, they were trying to increase the population. In this framework, pursuant to the “Agreement and Protocol on the Exchange of Turkish and Greek Population” made with Greece on 30 January 1923; Turkish nationals resident in Turkey from the Greek Orthodox religion are subjected to the exchange with the Muslim religion Turkish nationals resident in Greece (with a few exceptions such as; Greeks and Turks living in Western Thrace sitting in Istanbul). With this exchange, approximately 1 million 200 thousand Anatolian Greeks left Turkey, 400 thousand Rumelia Muslims came to Turkey. Besides, some legal arrangements made at the beginning of the republic also served this population purification target. The Settlement Law, enacted in 1934, is perhaps the legal regulation that fulfils this law most. Since its enactment, the law has facilitated the reception of those close to the Turkish ancestry and culture as asylum seekers and refugees while restricting the entry of those who are not.

The second stage covers the years from 1950-80 to achieve a built size of the locally built nation-state in Turkey. During this period, the rural-urban migration has begun with Turkey’s entry into the industrialization process. Another feature of the period is that, in the 1960s, intensive migration has already started for the first time from Turkey to western countries, intending to work. Intense immigration to European countries, especially to Germany, to provide foreign currency input and contribute to the economy is within this scope.

Especially in this period, Turkey has managed migration based on several texts within the global organisations’ interests and sought to develop policy. For this purpose, the 1951 Geneva Convention was accepted with law number 359 in 1961, which defines refugees’ position in international law, with the condition of geographical limitation.

From the 1980s to the present, types of migration have changed Turkey is facing. With the membership process’s effect to the European Union, the policy and institutional arrangements in this field have become more prominent. Since the direction of these new and intense immigration movements, which started due to the lack of livelihood, social and public services in many countries, Europe and other developed regions have also been seriously affected. Therefore, in the last 20-25 years, many people, mainly African and Asian origin, were mostly trying to reach Europe illegally by passing through Turkey.

Immigrants were considered non-contractual refugees who are coming from countries outside the geographical area limitations that Turkey was put with the Geneva Convention 1951 and until the Asylum Regulation issued in 1994, no regulations were made for those included in this scope. Especially, when the regime changes in Iran caused increase in the number of refugee applications from non-contractual countries, the UN High Commissioner for Refugees and Turkey made an agreement that Turkey would accept a temporary contract until they found themselves in another country outside. Except Iran, there were many people from the countries such as Afghanistan, Sudan and Somalia wishing to benefit from this status has started to bother Turkey. For this reason, the Asylum Regulation was issued in 1994, which was later updated in 1998 and 2006. International immigration has been tried to be managed within the scope of this regulation until the Foreigners and International Law No. 6458, which entered into force in 2013.

Turkey’s most important feature of this period, when faced with an intense and new type of migration, is begun accession talks with the European Union. This situation has dramatically affected the ongoing immigration policies, and the necessity of harmonising the immigration and asylum legislation with the EU’s acquis in the same field has arisen.

In 2011, the process that emerged as the “Arab Spring” in the Middle East affected Syria with countries such as Tunisia, Libya and Egypt, and the crisis and internal conflicts in Syria, Turkey and some countries of the region has been affected significantly. In this process, hundreds of thousands of Syrians fled from the regime and took refuge in the countries of the region and consequently Turkey has undergone a very large refugee flow. In this process, Turkey’s refugee policy developed in the framework of the open-door policy and the status of Syrians in Turkey has been identified as temporary protection. In this context, a new Law on Foreigners and International Protection was adopted by the parliament in 2013 and this law officially declares the foundation of the General Directorate of Migration Management.

The number of refugees in Turkey has reached over 3.9 million include Syrians, Iraqis, Afghans, Iranians and Somalis, making Turkey the host country with the largest refugee population in the world. Out of these, nearly 230 000 people are hosted in 7 camps run by the Turkish authorities (Disaster and Emergency Management Authority/AFAD), where refugees have access to shelter, health, education, food and social activities. Despite these efforts from the government and local authorities and the generosity of host communities, most Syrian refugees as well as many refugees from other nationalities live outside the camps, under very challenging situations with depleted resources. Registered refugees have access to public services, including education and healthcare. European Commission humanitarian funding for Turkey under the EU Facility for Refugees in Turkey: €1.4 billion in 2016-2017. Total aid under the EU Facility for Refugees in Turkey: €3 billion in 2016-2017.  The flagship humanitarian programme funded by the EU in 2017 is the Emergency Social Safety Net (ESSN), a debit card based social assistance scheme that will allow up to 1.3 million of the most vulnerable refugees to meet their most pressing basic needs. With initial financing of €348 million from the EU, the implementing partner, the World Food Programme, in collaboration with the Turkish Red Crescent and Turkish government institutions, is distributing electronic debit cards to refugee families through which payments are made directly to families.

Since the early 2000s, varied external and internal factors have made Turkey take more systematised steps towards institutionalising the “management of international migration influx and their effects”. It appears like there has been a significant shift within the last decade towards a proactive policy-making position on immigration issues.

Immigration movements encountered in almost every period of history have intensified in the last century and started to create some problems in both emigration and receiving countries. On the other hand, both the state and global organizations’ migration management policies started relatively later. Today, irregular migrations, which are still experienced intensely and most of which result in death, are causing some countries to adopt rigid attitudes in this area. On the other hand, today, the rights of people who take refuge in other countries due to war and conflict are also guaranteed by some legal texts at both national and global levels.

Turkey has also affected directly or indirectly for a long time by the historical phenomenon of migration. The migration movements, which were deliberately utilised to serve the nation-state building and institutionalisation at the beginning of the Republic, have taken a new shape in the last 30 years.

During this period, Turkey has been exposed to Asian and African migration as an irregular migration route to European countries. On the other hand, in the last 4-5 years, due to the civil war in Syria and Iraq on the southern border, it has faced asylum seekers intensely. Therefore, about 4 million people dispersed to various cities of Turkey constitute an additional burden on central and local government services.

Turkey has put into practice via central government for specific policies across these migratory movements faced in its history and established the institutional structures and boards by revealing the legal regulations mentioned above in this field. Especially with the initiation of accession negotiations with the EU, Turkey’s asylum and migration legislation aim to be fair to the EU acquis. For this purpose, both national action plans were prepared, strategy documents were announced, and the Law on Foreigners and International Protection was recently enacted to regulate this field with a holistic perspective based on human rights. Institutional structures for the management of migration have also been established by law.

However, although cities and city administrations (municipalities) are the most affected by migration in general, it is observed that their role in migration management at the legal and institutional level is not clear or limited.

Vaccine Nationalism and Geopolitics of COVID-19 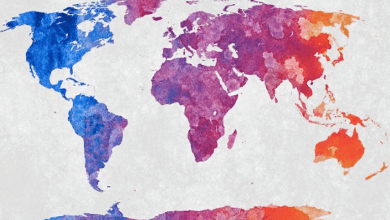 What is the concept of nation? 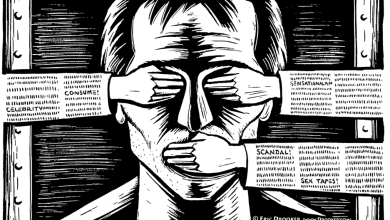 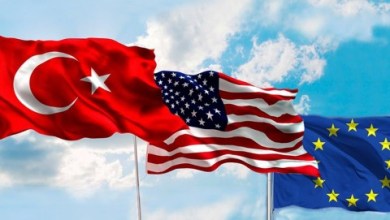