This is a time of significant social and economic change, and it’s in this context, that geopolitics acquires transcendental importance. The social and political movements that contemporary societies are suffering, and essential part of this is to have a geopolitical vision. The collapse of the Eastern bloc and the USSR, explains the current situation of globalisation that has profound implications for the production and appropriate policies to the changing conjuncture is noteworthy for signification. That definition could be only possible using the depth geopolitical approaches.

In the 21st Century, some complex issue come insight. In the last few years, much changes in the global frame now emphasize by analysts that consists of a very different geopolitical landscape. In 2014, after 69 years later from the Second World War, geopolitical challenges continue to storm across the world still today. In other words, geopolitics re-gained its importance, and all of this is explained mostly by the centre line of geopolitics. For example; Russia’s invasion of the Crimea, China’s aggressive attitude against Japan on the coastal strips, Iran’s various ways to try to achieve the dominance of the Middle East. All these developments brought the geopolitics once again to the forefront of international relations. First and last, footsteps of crises have contributed to a “return” of geopolitics. This return was among China, Russia and Iran, which has absolute power in the regions, and they want to become more effective and to be a part of world politics. For the other actors, it was just the continuation of traditional rivalries between great powers.

After the Cold War, the discourses of international relations changed considerably. Under the leadership of the United States and the terminology of international relations has also changed. In the old world, while military power and armament were determined to as the dominant forces for states to act. However, in today’s world, concepts such as disarmament, the rule of law, human rights, democracy, globalization and good governance have almost referred a state position in the international arena.

Today there are significant efforts and power struggles among these three big countries in military, politics, economy and so on. China’s economy is growing and becoming tremendous power in the world arena; the USA is the sole global and superpower since the Soviet Union collapsed. Despite, Russia doesn’t want to lose its impact in the regions (Caucasia and Central Asia) and use its economic and political relations with former USSR satellite countries. In a nutshell, the USA remains the dominant power; China has emerged as the rising power, and Russia has considered declining power but is trying to restore its previous image and clout as well.

The zero-sum game calculation of the Cold War is now evolving into the win-win strategy. However, the Ukraine crisis has not only changed the direction of international politics but as the current international atmosphere has become more heterogeneous, this development in the world order has become more and more frightening. So where was the wrong step? Instead of getting lost in the dark pages of history to find the inappropriate, maybe we need to take a closer look at the disintegration of the Soviet Union and the end of the Cold War.

The belief that the Western powers were wrong in this process, the liberal democracy took a definite and unbeatable victory over communism and faith was that the countries could not carry the post-war geopolitical disputes to the international arena again. According to the Western powers, these countries had received such a great defeat that they would not act with a more forceful discourse and could not disrupt the new world order which had accepted and adopted the qualities of liberalism, superstructure, human rights, the rule of law and democracy. However, the Western powers had misunderstood the post-Cold War world and approached the current situation quite emotionally. In other words, today’s world geopolitics was constructed on the geopolitical order of the 1990s.

The post-Cold War Europe was shaped in the context of the integrity of Germany, the disintegration of the Soviets, the integration of the Baltic countries into the NATO and the EU. In the Middle East, the order was established based on the dominance of the Sunni counties in cooperation with the US (Saudi Arabia, Gulf Country, and Egypt). When we look at Asia, the post-Cold War order was again pointing to the order out of US control. As a matter of fact, security relations developed by US with Japan, South Korea, Indonesia and other Asian countries had made this idea precise.

The aforementioned table summarizes today’s power relations and facts in a very general sense. However, one last point should be enlightened. The book “The End of History” which is written by Francis Fukuyama presents a clear discourse. According to Fukuyama, the end of the Cold War also means the end of the ideological war in the world, and it ended of the ideological war of humanity. In other words, the end of the conflict. Fukuyama and his book, it can be thought that what he wrote is related to geopolitics. After the Cold War, when the western values replaced the old international political discourses, the focal point on the world began to shift from geopolitics to economic development and disarmament. In connection with this situation, new world values such as trade were included in the process of foreign policy and the centre of international relations.

After a 25-year period of the demolition of the Berlin Wall, the Ukraine crisis has emerged as a geopolitical reflection of the US-Russian power struggle. Similarly, the struggle between China and Japan can be interpreted as such. The situation is manifested in the same way in the Middle East. Russia, China and Iran are clearly turning back to the old geopolitics and deny the order of the post-Cold War era. However, Russia is very complicated in relations between China and Iran. Russia is very afraid of the rising of China. Tehran’s world vision does not have much in common with Moscow and Beijing. Iran and Russia are exporting their energy resources, but China is a particular consumer in terms of energy, and Iran and Russia prefer a high price policy in energy. In addition, the political instability in the Middle East strengthens the hands of Iran and Russia regionally, but the situation in terms of China is not at all pleasant. Although the post-Cold War order tried to be imposed by the Western powers in the post-Cold War period in Eurasia is intensified by these powers, the intensification of relations between these powers means that the current conflicts of interest will increase, but they also point to tension at any moment. There is no doubt that the US means the elimination of the effects of Russia, China and Iran in the spheres of influence, but that countries can’t confront with the US.

Today Russia, China and Iran described as a revisionist power. These three powers have common concerns, which they see real hostility from the West towards their state sovereignty. China and Russia are trying to build a strategic alliance against the US since 1945, and it didn’t work even though these two states were implementing communist ideas within their state mechanism. Ideologically, Russia and China come together to criticize and break US’s dominance of world affairs and to call for the emergence of a multipolar world. The vengeful foreign policy attitudes of countries such as Russia and China in geopolitical terms resulted in the repulsion of the integrated system after the Cold War on Eurasia. Perhaps the dominance which is imagined for Eurasia will be entirely a dream. The US is continuously taking steps to preserve the existing status quo and to reduce the current tension. However, the fact is that the revisionist countries such as Russia and China are rewritten rather than ending.

A few years ago, there was talk about to the culture, humanism and peace will reign. Nothing is unavoidable but the unforeseeable. Here it should be noted first of the wrong policy provided by the West. The claim could be that, not a bi-polar state system in the world after 90’s instead of live in the peace system. This, unfortunately, did not. This kind of things such as dominate in every region of the world, such as managing the whole world to fall into ideas popped to the whole of humanity at risk. Global competition in geopolitics and hold an essential place in like a race is depending on remaining the aim to defeat the other forces. This situation usually, adds to strain in geopolitics. “Double standards” is widespread in such environments. Powerful states are trying to use all possible means to achieve their goals. It seems that geopolitical tensions may continue for a while in Ukraine, in the Middle East, in the Pacific. May be Central Asia in addition to that position as possible. According to China, intensification of geopolitical processes predictable in the region. We have now seen some signs of it. In that time, some complex process can occur in geopolitical space. In this context, analysts seem to be logical, mentioning various as a new geopolitical structure. The world, in general, is rising geopolitical angle to a qualitatively new level. 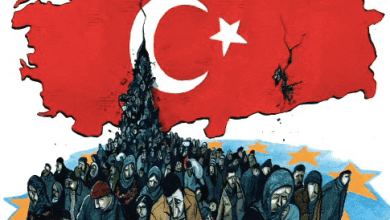 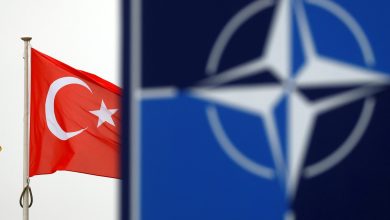 Should Turkey exit from NATO? 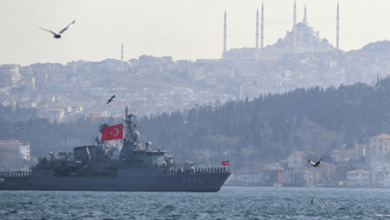 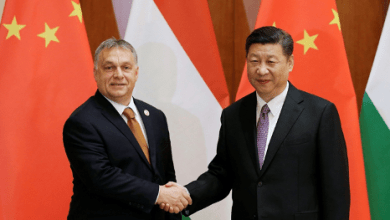 One Belt One Road And Its Possible Effects On Hungary