When the process of globalization emerged, the world began to transcend national states and become a cosmopolitian world system. (Dower & Williams, 2002, p. 1). Although many states have joined this world system, a number of states that were closed to themselves in the past and today are still trying to survive without joining this system. Since the emergence of nation-states, there have been countless forms of rigid political power in the world. Even years after the collapse of such states, we can see that in our modern world, where human rights and legal declarations are universal, there are still political regimes with our states that are undemocratic and closed to globalization. Because globalization shapes not only economies, but also societies, policies, and international relations (Wolf, Martin September 2014, “Shapping Globalization”), we can say that the process of globalization has an impact on the rigid forms of political power and nation-states in our world. Today, I am going to talk about why the rigid forms of political power and nation-states have not joined the process of globalization and what they will gain if they do. In addition, I am going to talk about the impact of globalization on nation-states in the system of international relations.

The positive side of globalization for nation-states

First of all, we can easily say that globalization has historically been a universal alternative to the unified approach to thought, which is a trend for many states and governments. That is, one of the main reasons for the existence of historically harsh political regimes was the idea of ​​arrogantly spreading a single idea around the world (Andrew Heywood, Politics p.4). For example, when the Soviet Empire was established, the only idea for them was communism. Thus, in order to preserve this common idea, to keep it in the minds of the people, the Soviet Empire wanted to spread this idea to the whole world in the form of a strict political regime within its borders. However, the emergence of the term globalization in the 1980s was a universal alternative to the consensus of rigid political regimes around the world. Because globalization has become a counter-argument against a single idea, because it wants the globalization of goods in economic theory, democratic values ​​in political theory, the corporation in the international arena, to reach the whole world. As a result of this universal alternative approach, strict political regimes that no longer belong to the new world system, nation-states not only tarnished the image of states, but also reduced the scientific, economic and social well-being of the state they ruled. Therefore, the nation-states that joined and did not want to join the process of globalization had their own positive and negative reasons. One of the positive aspects is that today there is a sharp difference between the economy, quality exports and imports of the nation-states that have joined the process of globalization and the economies and exports of the nation-states that have not joined the process (George Soros, “On globalisation”, s.3). For example, in the last 25-30 years, third world countries such as India have joined the process, abandoned their political regimes and changed their living standards. Or the collapse of the Soviet Empire, the emergence of Eastern European countries, and the examples I have given above have shown once again that globalization can seriously influence the domestic policies of existing imperialist alliances and harsh political regimes, as well as their post-sovereign decisions. The process of globalization has already become an interstate reality. Today, states that take into account the global reality are beginning to pursue their geopolitical interests, domestic policy and foreign policy based on global reality. The process of globalization can now take so much control of the world that one state cannot use any form of weapon or even a nuclear weapon against another during a war. Because there is no need for that anymore. This process has already affected states to such an extent that today’s democracies, which once treated each other inhumanely and promised world wars, have already managed to reduce wars among themselves by accepting globalization as a reality. The process of globalization has once again proved to political theory that if both parties are democratic and join the corporate process and cooperate with other states, they will not be able to wage wars that will affect the international community. Undoubtedly, today this theory proves once again that the democracies that exist in the world and join the corporate process do not go to war with each other. So, globalization is a factor that brings national nations closer together in the world, eliminates threats and creates a corporate environment. Nation-states not only join each other’s economic and political corporations, but also contribute to the world and humanity by trying to find a solution to global crises such as global warming, coronavirus, and international terrorism. However, political regimes and nation-states that stay away from this process and isolate themselves have a serious impact not only on their states, but also on the well-being of their citizens, both economically and politically. Even by resisting this reality, they pose a serious threat to the state internally.

The negative side of globalization for nation-states

In the end, as I said, there are factors that will create a deep debate between globalization and the choice of sovereignty. In our modern world, many states have accepted their sovereignty in accordance with the global reality, and have formed their domestic and foreign policies accordingly, but there are also states with strict political regimes that do not take this reality into account. Given that many countries in the world have already made the transition to this system and formed their economies, powers, decisions and policies in accordance with the rules of this system, states must also join this world system. Since the majority of the world is already a member of this system, staying away from this system can simply lead to the decline of the state’s economy and a serious threat to its sovereignty. Joining an economic corporation while retaining some of its sovereignty in its decisions is better than operating in isolation from the world, away from the global reality, and by implementing harsh political regime acts. Because the world is evolving and the world is focusing on the current reality. To fall behind this reality is to lead the state into political, economic and power decline. 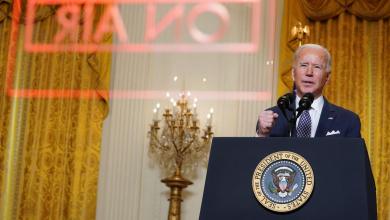 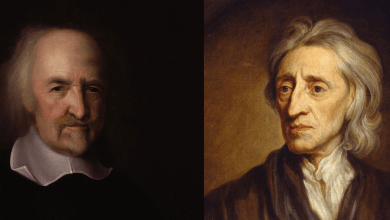 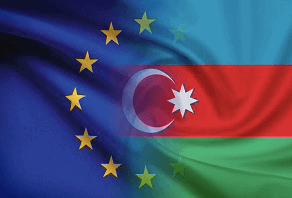 Relations between Azerbaijan and the European Union-VOL I