The Caucasus has long been one of the most important regions in the world. Many states had the desire and plan to rule this region from time to time. For centuries Russia has a great influence in the Caucasus and the main reason for the importance of the Caucasus region for Russia is its geostrategic location on important trade routes. Because by passing through this region Russia can reach the Balkans, the Black Sea and the White Sea, the Persian Gulf, as well as the Indian Ocean. The other important reason is the Caucasus is a great source of raw materials for the Russian economy. North Caucasus regions, such as Chechnya, Dagestan and Tatarstan, cover almost half of Russia’s energy needs. Also, the Caucasus region has significant strategic importance in terms of the routes that aimed to bring the Caspian Sea resources to the West and controlling these routes.

After the dissolution of the USSR, relations between Russia and Armenia intensified since 1992. There are numerous agreements have been signed between Russia and Armenia in various fields. The most important agreement was signed in Moscow a Treaty of Friendship, Cooperation, and Mutual Assistance by Presidents Boris Yeltsin of Russia and Levon Ter-Petrosian of Armenia. The treaty also envisages consultations and mutual military support if either side is attacked or considers itself threatened by a third party. Despite Russian and Armenian officials denied this, it was one of Russia’s interference in the South Caucasus through Armenia. This agreement has made Russia’s presence stronger in the region. Russia has military bases in Armenia and the main purpose of these bases is to protect Russia’s interests and Armenia’s national security. After the recent crisis in Georgia and the withdrawal of Russian military bases, Armenia became a moreimportant actor for Russia.

Russia has a significant impact on the processes in the region by using the Nagorno-Karabakh conflict. The conflict started with Armenian occupation of Azerbaijani lands and as a result of Russia’s efforts, a ceasefire was declared and negotiations started. The Kremlin supports the peaceful settlement of the conflict within the OSCE Minsk Group, as well as in bilateral meetings. Consequently, Russia provides political and military support to Armenia as an important ally in the region, as well as prevents Azerbaijan moving away from it by being as a guarantor of the peaceful settlement of the conflict. Time to time Russia uses this conflict to make political pressure on both countries which makes it another most important factor for Russia. Georgia’s attack on North Ossetia and later on Russian intervention in Georgia and recognition of North Ossetia and Abkhazia, have led to thinking whether there will be a change in the status of Nagorno-Karabakh. Also, Russian intervention in Georgia has shown that the problems in the CIS region cannot be solved without Russia. Therefore, it is possible to say that resolving the Nagorno-Karabakh dispute is highly dependent on Russian presence. However, the growing interest of the West in this region and proposing new solutions to the conflict, make Azerbaijan and Armenia use this dispute card against Russia. The possibility of Western-South Caucasus rapprochement in the future may lead to not only a political, but even a serious economic impact on Russia. Russia’s economy is heavily dependent on energy resources and the European energy market is the most important, profitable, and stable market for Russia. At the same time, the EU tries to diversify its energy routes and to reduce its dependency on Russian energy exports. The South Caucasus, especially the Caspian region has rich oil and gas sources. Hence, in the light of the Western-Caucasus relations, the role of Azerbaijan becomes more significant and strategic. In addition, strengthening and developing relations between Armenia and the EU is important in terms of ensuring the security of supply. Such a significant reduction of the EU’s dependence on Russia will have a great impact on Russia’s economy. Considering the fact that there are numerous sanctions on Russia, the weakening of the Russian economy may hamper its regional power. Even more likely, this may lead to domestic riots in Russia, and Russia may face the threat of a division of the country.

The Kremlin and Moscow have a special control over the region to prevent this scenario and creates barriers to the South Caucasian countries’ integration into the European Union. For instance, abandoning the Nabucco project, Russia’s military intervention in Georgia, and being a shareholder in projects in this region (excluding TAP and TANAP) are some examples of these barriers.

Diasporas also play an important role in Russia’s Caucasus policy. They are most influential tools in key areas of government and are closely involved in political activities. Moreover, the existence of many Russian citizens in Armenia, the wider use of Russian language in the country, and the broadcasting of Russian radio and television channels are the core elements of Russian presence in Armenia. Some Russians living in Armenia also have the opportunity to participate actively political and cultural relations due to their Armenian language knowledge.

After the collapse of the USSR, Armenia became Russia’s main ally in the South Caucasus. Integration of Georgia into West, conflicts and problems with Turkey and Azerbaijan, threats to national security urge Armenia to be closer to Russia. At the same time, large-scale projects implemented by Azerbaijan and Georgia with Turkey and Western countries, integration into the Western markets, and problems with Armenia hinder Armenia’s regional, political and economic development. To ensure this development, Armenia sees Russia as its biggest ally and closely cooperates with Russia.

The basis for the national security of Armenia relies on military cooperation between Russia and Armenia, however, the dependence on Russia in the economic sphere and the fact that all the strategic enterprises are controlled by the Russiansis contrary to Armenia’s interests. Therefore, Armenia is in search for ways to integrate into the West without undermining its relations with Russia. However, Armenia’s political and economic dependence on Russia and tensions with Azerbaijan and Turkey make difficult to integrate into the West. in order to get rid of isolation, it is important for Armenia to step back in disputes with Turkey and Azerbaijan and mitigate relations.

In the near future, it is impossible for Armenia to completely break the dependency on Russia and integrate into the EU and the West. The grounds for this integration, which depend on Russia’s foreign policy strategies, have not yet been established. Today, the Armenian authorities understand that it is impossible for Armenia without Russia to exist in these conditions. While the integration into the West is on the agenda, the isolation of Armenia in the region prevents the achievement of political and economic prosperity. Russia’s active involvement in the region is important for Armenia, both for internal and external stability. Armenia’s integration to the West will continue in the frame of Russia’s interests, but from now on the Armenian government will pursue a more discreet policy towards Russia. Russia, on the other hand, can take two actions; to take a step which can lead to the end of the Nagorno-Karabakh conflict and Armenia’s defeat, or to control Armenia without military intervention by making some concessions to current or future authorities. The firstoption is dangerous for Russia in terms of losing Armenia and reputation in South Caucasus, however, in the second variant, Russia can maintain its influence in the region by ensuring its long-term interests.

Galstyan, A. (2018, January 30). Armenia is Rethinking Relations with Russia. Retrieved from Intersection: http://intersectionproject.eu/article/russia-europe/armenia-rethinking-relations-russia

Weir, F. (2018, April 26). Armenia is having a ‘color revolution.’ So why is Russia so calm? Retrieved from The Christian Science Monitor: https://www.csmonitor.com/World/Europe/2018/0426/Armenia-is-having-a-color-revolution.-So-why-is-Russia-so-calm 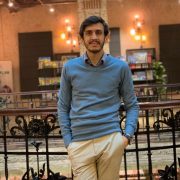 Aliyar Azimov is a PhD researcher at the Corvinus University of Budapest. He worked as a Senior Specialist at Azerbaijan National Academy of Sciences. His main research fields concern on energy politics and security, international security and foreign policy issues, peace and conflictology, political economy, and internal/external affairs of South Caucasus.

Georgia Stands With Azerbaijan: Strategic Partnership In The South Caucasus 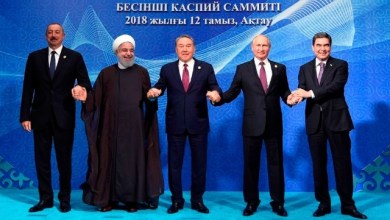 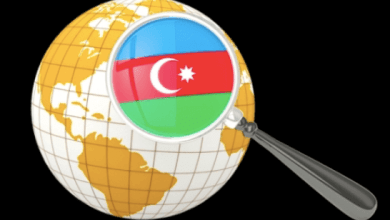 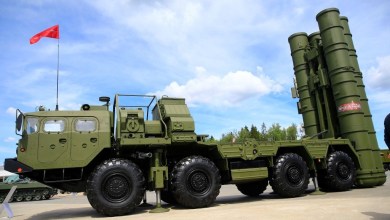 Comprehension of the S-400 Crisis 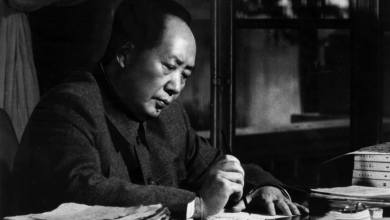